QR codes are two-dimensional barcodes and can be read by a camera on a smartphone. The code often directs scanners to a webpage with more information about whatever prompted the scan to begin with.

QR codes have been around since 1994, so why are they such a popular tool for virtual event engagement 2021? 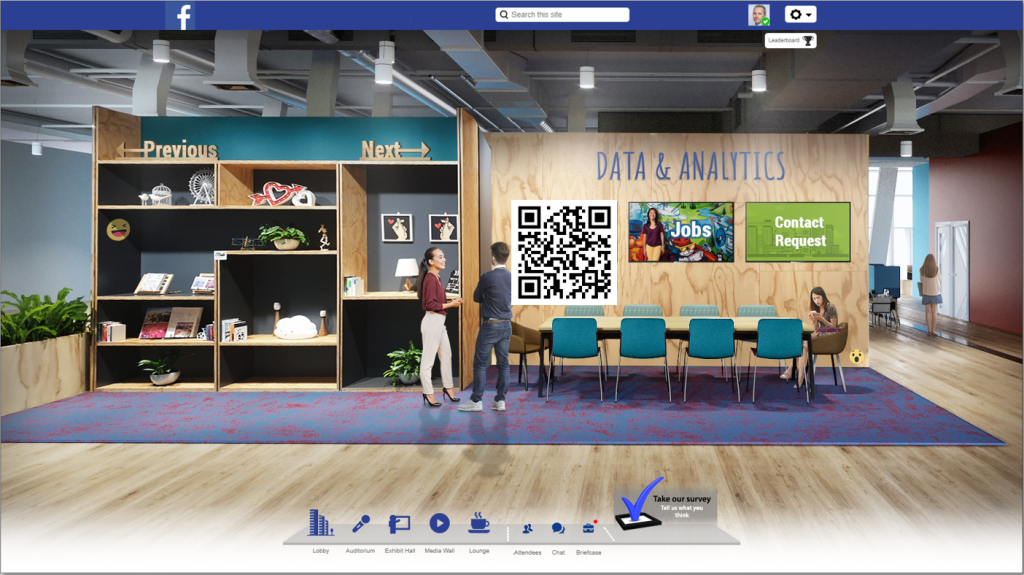 The surge in popularity is due in large part to advancements in QR technology and most mobile phone camera do not require a QR code reader — it’s native in the camera. This places a QR scanning device in the hands of the masses. With no learning curve or special equipment required, people can simply scan and be directed to a range of next steps.

This subtle change in accessibility has given birth to a much more efficient way to attain important information. It’s easier for event organizers, too, since free online QR code generators, such as QR Code Monkey allow anybody to create a QR code for a broad range of purposes.

With increased buy-in and accessibility across various industries, attendees are becoming more familiar with how QR codes work and are happy to partake in the smoother guest experience they offer.

Another reason QR codes are seeing a resurgence in popularity is that they’re becoming more mainstream on a global level. Millions of Chinese consumers use QR codes daily, for everything from retail purchases to street vendor food items.

Having passed these litmus tests, companies and industries around the world are starting to embrace QR codes as well. Nike uses QR codes to allow consumers to customize shoes with a few quick clicks. Airlines such as British Airways are adopting them as part of the check-in process to create faster boarding procedures. Paypal is now using the codes for cashless transactions.

QR codes have proven themselves to be a frictionless transaction method.

With QR codes it is easy to create clean call-to-actions to get the audience to a certain URL, to fill in a survey/poll, or to download an app. Add the QR code to a rotating banner or directly to the background to a booth and users can easily point their mobile device to the code.

Whether you’re looking to build and drive engagement at your next event, or you just want to collect feedback, QR codes are a powerful virtual event add-on.